A rearing lion is the dominant figure in the identifying logo for McWethy's Tavern. The logo is and adaptation of the McWethy Coat of Arms, which was first recorded in 1592 in Blairgowrie, Scotland, and then again in 1632 in Devonshire, England. The original crest also carried the McWethy motto: fortis est veritas, strong is the truth. 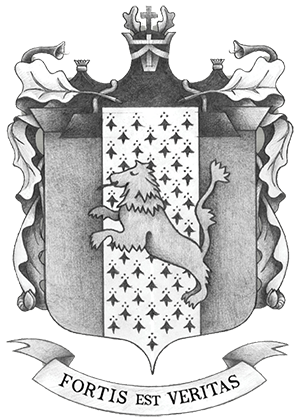 The McWethy family migrated to the United States in the early 1600's when Robert Macwithy Macrory moved from the Outer Hebrides of Scotland to Washington Country, New York. It took several generations for the name to evolve to McWethy.

A McWethy presence in northern Illinois began with the arrival of Henry Lyman McWethy from Pavilion, New York. He travelled to the Fox River Valley, probably by horseback, with his two brothers after the Civil War in 1869 and established McWethy Brothers Insurance in Aurora at 34 South River Street, across from where Aurora landmark Old Second National Bank stands today. His son, Frank McWethy (the grandfather of Jim McWethy), was one of the founders of Aurora Country Club, and an excellent golfer.

Jim McWethy followed in his father's and grandfather's footsteps as a skilled businessman, public servant and golfer. Inspired by his Scottish heritage, Jim, along with a very dedicated and talented team, developed Mistwood Golf Club into one of the finest links-style courses in the country. In further tribute to his roots, he also created McWethy's Tavern and the Great Hall at Mistwood.

"Thank you for coming to McWethy's Tavern.
The McWethy Family is so proud of this venue, that we want it to carry our name."